UC Today attended the Centile Customer Summit which concluded in the south of France at the end of last month. Although the event is focused on Centile it also provides an opportunity for the parent group Within Reach to update some of its community. This video brings you interviews with the management team to discuss various news updates.

During this year’s summit there were two big announcements from the group. Firstly the Within Reach Group will be rebranded as Enreach. The move is designed to consolidate the different businesses within the group under one universal banner. UC Today spoke to CEO of the newly formed Enreach, Stijn Nijhuis to find out more.

As well as providing more background on the rebranding Nijhuis also tells Patrick about the group’s latest acquisition. UK based communication provider Network Telecom have been purchased and Nijhuis explains that this will provide a base within the UK for Enreach to further expand its operations within the region. Nijhuis ccontinues that the new brand and latest acquisition will aide Enreach in its goal of becoming the number 1 UCaaS provider in the European region.

After speaking to Nijhuis the team then catch up with Enreach CCO, Ralf Ebbinghaus. During the summit Ebbinghaus was on stage discussing some of the nuances of the group’s go-to-market strategy. Enreach is a partner focused group of organisations but in certain circumstances its does deal directly with end user organisations. Ebbinghaus tells Patrick that the direct link with certain customers allows Enreach to understand the various markets it operates in. Although the direct link is important Ebbinghaus makes it clear that Enreach will always favour its partners in any circumstance where the two approaches compete.

Finally Patrick talks to Enreach’s Head of International Sales & Marketing, Bertrand Pourcelot. Pourcelot explains how the new group is going to approach the market. The group’s partners are under increasing pressure from new competitors. Over the top providers from the United States and other tech giants such as Microsoft and Google are also looming as potential threats. Pourcelot explains how Enreach will be equipping its partners to deal with this new waive of competition.

Watch at your desk, whilst on your commute, or on the sun lounger, UC Today provides bite size videos, bringing you all of the latest communication and collaboration news. 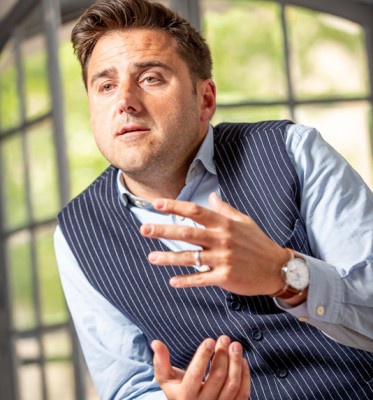