To give you the best possible experience please select your preference.

A reliable and flexible communications system

GB Railfreight
Back to overview

IT Manager at GB Railfreight George Ford explains, "When founder John Smith started the business from scratch in 1999, the company was viewed as revolutionary in the railfreight industry. His vision was simple  – to provide an alternative to the traditional haulier  – offering high quality, cost-effective freight services across the 11,000 miles of track in the United Kingdom. A big part of the company’s success has been down to its people and how effectively they communicate on a daily basis. This is why our communications system is so vital to the smooth-running of our business. In 2010 we were acquired by EuroTunnel and this triggered the need to review our complete ICT infrastructure. We have over 6 sites in the UK and at the time these were connected at speeds of 2mbps or less which wasn’t ideal. Also our telephone system was an old digital system that was expensive to maintain. In order to operate we need a licence from the rail regulator, but in order to prepare a safety case, we needed to prove that the communications system for our Freight Control Centre was sufficiently robust. With over 200 train crews calling in every day this was becoming more difficult to do with our old system which was failing more regularly and was also difficult and expensive to support".

Upgraded to a right-sized, resilient mpls wide area network, with fibre network connections to each site and replaced traditional telephony with unified communications

After putting out a tender, GB Railfreight reviewed a number of suppliers that could help them upgrade both their IT and telephony. "We compared a few different providers including the likes of BT and Cisco but they were very expensive.  For the voice recording alone BT quoted a high price and Cisco too was overpriced with none of the scripting capability we required. Finally chose a company called GPNS who were extremely knowledgeable and could offer that personal touch which was really refreshing. Not only could GPNS upgrade and maintain our network they would look after the telephony too, giving us a single point of contact for both." GPSN advised how GB Railfreight could meet their connectivity requirements by recommending a resilient, high capacity MPLS network solution and a software based unified communications solution from Swyx.

"GPNS listened to what our challenges were, came up with a solution and advised on exact timescales and attractive financing.  We liked what they were saying and they spoke to us in a language we could understand." After installing an MPLS network, GPNS introduced the software-based unified communications system SwyxWare at the company’s main site in Artillery Lane, London and the central Freight Control Centre in Peterborough.

According to George Ford "We reduced our costs by 50% immediately with just this first site, and in the future we expect to make substantial savings by having just a single data network for everything and free calls between locations.  Because Swyx is Windows-based there was very little training required.We have been really pleased with the service from GPNS and their can-do approach. For example we had a problem with our Excel Spreadsheets which in the end turned out to be a user error, but GPNS checked all the servers and identified the problem.  It is such a relief to find a personable company that are always happy to resolve any issues that we have and reach a solution quickly"

"One of the major areas of the business where Swyx has made a big difference is for our Freight Control Centre in Peterborough, the hub for all communications for both our drivers and our customers. In the past our drivers started work by calling in every day and confirming their start with the Freight Control team. We now have a system using Swyx, whereby our rail freight drivers can log in by simply ring an automated telephone line and confirm their start time by entering a PIN. The system then integrates directly with an Excel spreadsheet, so that the HR department can then easily calculate the number of hours worked and sick days taken. This system ensures that drivers can sign on quickly and greatly reduces delays in starting trains. It also saves the company money as there is no need to employ an individual whose job would simply be to answer phone calls and record start times. Swyx also offers the ability to record conversations and ensures our compliance with railways regulations. This was previously done using devices attached to the handsets which were cumbersome to operate and were in themselves single points of failure. In the freight business, we need to ensure that goods arrive at the destination on time, so if there are delays we can quickly liaise with Network Rail to mitigate any liability on delay costs. With over 600 train movements every week, so it’s absolutely vital that we have a reliable phone system to support these 365 days a year."

INTERNAL FEEDBACK ON THE PHONE SYSTEM

"There was little training required because Swyx is Windows based and the software controls are intuitive and very easy to use.  We migrated from a traditional phone system to Swyx and within 10 minutes of the point of transition we had ported the relevant numbers across so there was little downtime. Our Staff really like it, because it makes their jobs easier.  Probably the greatest praise though was from the MD John Smith who’s a man of very few words, he simply said ‘Well done for the phones chaps’ and that pretty much said it all."

In the future GB Railfreight plans to:

"There is around £850m of freight by rail business in the UK and GB Railfreight is steadily increasing its share of this business year on year. We recognise that our success will be largely down to how efficient and cost effective our service is. We see the new Swyx implementation as a major factor in providing reliable and responsive communications between staff, customers and regulating bodies, including Network Rail and the Office of the Rail Regulator. Communication is key and its role cannot be under-estimated - without Swyx we simply could not operate as we are."

Established in 1999, GB Railfreight (GBRf), part of the EuroTunnel Group, specialises in hauling rail freight for a range of customers throughout the UK. GBRf’s wide ranging business portfolio includes intermodal services; bulk traffic, including coal; steel, infrastructure materials; rail industry services; construction materials; petrochemicals and metals. From its launch GBRf has demonstrated its ability to innovate. The company introduced the Train Manager concept, a title that reflects the enhanced responsibility and status of its drivers in delivering a top class service for its customers.

Its approach to business is straightforward – the company works closely with its customers to deliver a cost effective service that delivers their traffic where they want, when they want, time after time.  GBRf has won the acclaim of colleagues and competitors alike winning a raft of rail industry awards. The company employs over 400 staff and is projected to attain revenues of £100m over the next few years.

Everything at a glance

you can be the next success story

We would love to work wonders with you! 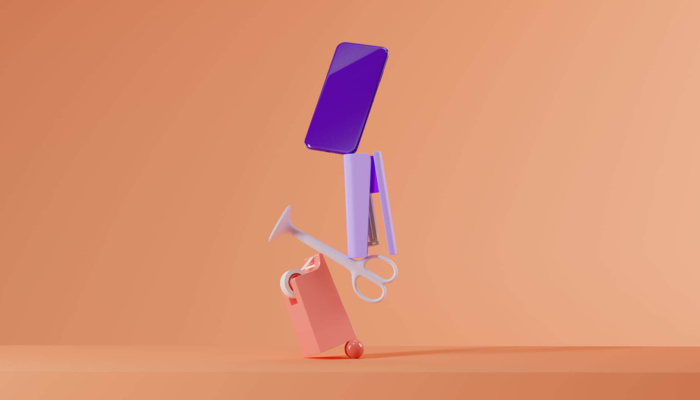